NEW: Online Reporting is now available for all concerned individuals and should only be used to report non-emergencies.

If you are a mandated reporter, DHSS encourages you to make your adult abuse and neglect reports online 24/7 to help keep our hotline open to the public. Thank you for your partnership!

Use Google Chrome or Microsoft Edge

"Experts believe that for every case of adult abuse or neglect reported, as many as 23 cases go unreported."

STOP Adult Abuse: It's a Crime. To learn more about this crime in Missouri, see our department’s latest report.

Check on seniors and loved ones with disabilities this winter. Find a warming center near you.

If you suspect a senior or disabled adult is being abused, bullied, neglected or financially exploited, call the department’s hotline , 7 a.m. to 8 p.m., seven days a week. Or utilize Online Reporting.

What Information Do I Have to Report?

See Stop Adult Abuse: It's a Crime, page 18, for information on what to report.

What can you do to make a difference in your community?

Make a Difference. Spread the word. 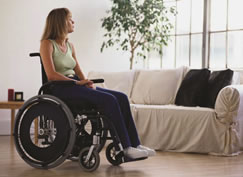 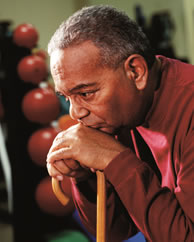 A hotline report was received regarding Edmond. Edmond was 92 years old and terminally ill. He was living alone and the investigator found the house in deplorable condition. There was left-over food, dog feces, debris throughout the house. Roaches were observed on every surface of the home and Edmond had roach bites on his body. Edmond had no support system. After receiving medical treatment in the hospital, he spent approximately seven weeks in the homeless shelter with his dog while the investigator assisted in organizing community resources to take on the huge project of making Edmond’s home safe and insect free. This included complete removal of the furniture and carpet. The investigator even physically cleaned some of the home herself. In the end, Edmond was given his dying wish of being able to spend the remaining portion of his life in his home with his dog. Edmond is now receiving services in the home to assist with his daily needs and he is doing very well. 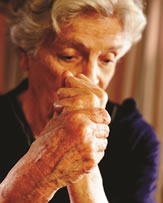 In of May 2013, a hotline report was received regarding Ethel. Ethel was 70 years old and the report indicated she had been physically abused for three hours by her son for revealing his whereabouts to law enforcement. After beating her, he drove Ethel to the local hospital and pushed her out of the moving vehicle in front of the emergency room doors. Ethel sustained severe bruising to her head, arms, legs, chest; lacerations to her head and face; and hemorrhaging around her eye. The next day, the son arrived at the hospital to visit his mother and was arrested, and charged with 2nd degree Elder Abuse. On December 13, 2013, he was sentenced to 8 years in prison for what he did to his mother.

Advocates for Seniors and People with Disabilities

A number of Missouri groups are dedicated to protecting the rights of older people and those with disabilities. Among them are the:

Financial exploitation is a crime that destroys thousands of Missouri lives and is becoming more common. The department has launched MOSAFE to stop it.

By law, certain people are required to report abuse, neglect and exploitation of older adults and persons with disabilities. Those people are called mandated reporters.

Due to the possible need for mandated reporters to report a concern to the Central Registry Unit (CRU) during the hours of 8:00 p.m. and 7:00 a.m. (when the hotline is not in operation), Online Reporting is available for use.